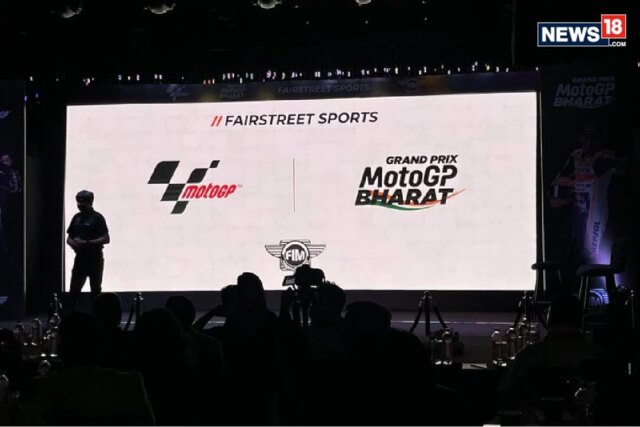 We earlier told you that MotoGP is all set to debut in India next year and our ‘exclusive’ has been officially confirmed by Carlos Ezpeleta, Chief Executive Office, Dorna, through a press conference. Dorna Sports in association with Fairstreet Sports has announced the First-ever Motorcycling ‘Grand Prix of Bharat’ for India.

To be called as Bharat Grand Prix, it will be held at the Formula 1 track of Buddh Internation Circuit (BIC) in Greater Noida with participation from 19 countries. Carlos Ezpeleta, Chief Executive Office, Dorna says India was a “no-brainier” given the rising interest in #MotoGP. Adds, India is where all manufacturers competing in the series already have a big focus.

A Memorandum of Understanding (MoU) was signed for seven years between Fairstreet Sports Pvt Ltd and Dorna as the latter is actively working with other state governments to promote motorcycling culture in India.

As per Industry Experts and economic analysts, the Bharat Grand Prix will generate around 50,000 direct jobs and 5,000 indirect jobs during the race weekend. MotoGP also has plans to introduce MotoE into the Indian racing scenario which will be a first in Asia. This was also revealed by News18 team a few days back in our exclusive piece.

Union Sports Minister Shri Anurag Thakur during the meeting with FSS team opined – “It’s a historical day for the sporting and automobile industry and a befitting tribute to the Azadai Ka Amrit Maha Utsav celebrations, marking India’s befitting arrival in the global platform of Auto Sports. He further opined that India could potentially be one of MotoGp’s biggest markets in terms of viewership as well as revenue.”

Mr Carlos Ezpeleta, Managing Director, Dorna Sports, sald, “MotoGP continues to earn new audiences and fans worldwide. This makes it imperative for us to expand its presence to new destinations where fans and riders are growing every year. India is key to our scheme of taking MotoGP sport to new frontiers. Over the past decade, the MotoGP World Championship has gone from strength to strength, thanks to a competitive grid and a well-crafted set of rules. We look forward to gaining a wider fan base in India with the Grand Prix of Bharat.”

Read all the Latest Auto News and Breaking News here

Tesla delivered 343,000 vehicles in the third quarter of 2022 — setting a new record but still falling short of estimates due to logistical...

At least 6 people wounded in shooting at school in Oakland