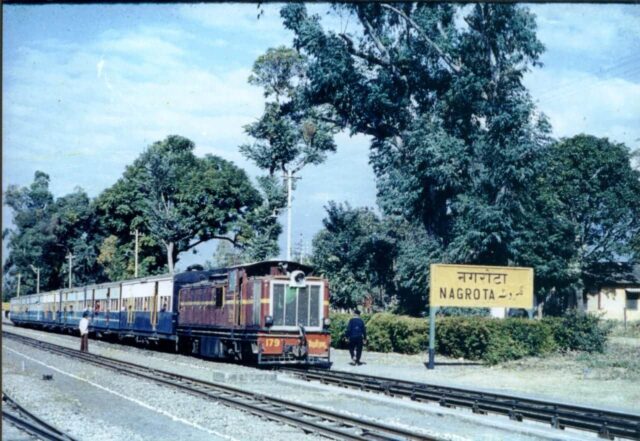 INDIAN RAILWAYS UPDATE: The Northern Railway is working out a plan to restore train services on the Kangra Valley narrow gauge heritage line after they were suspended on July 14 due to heavy rains, a statement from the Railways said on Wednesday. There have been unprecedented heavy rains in Kangra this monsoon season, causing landslides, falling of boulders and flash floods, due to which the Pathankot -Jogindernagar Kangra Valley heritage rail line and bridges have been badly damaged at several places.

Consequently, operations of trains on this line had to be suspended from July 14, the Northern Railways said. The zonal railways said the bridge (number 32) on river Chakki between Dalhousie Road and Nurpur was damaged due to flash floods on July 31.

“This was a result of the river bed of Chakki degrading and the bed level of the river going down rapidly year after year,” the statement said. It said the general manager of Northern Railways held a meeting with the chief secretary of Punjab on August 16 in this connection and that he has also requested for a meeting with the chief secretary of Himachal Pradesh to facilitate repair works.

To make things worse, a cloud burst in the area on August 20 led to abnormally heavy water discharge with high velocity in river Chakki. “Protection works done by the railways to protect the piers of the bridge which had suffered extensive damage as the river bed downstream was very low. Over a period from morning to evening, five piers of the bridge were washed away and some others rendered unsafe. In all, seven piers and six spans of the bridge are washed away or unsafe and needing repair and replacement.

“Indian Railways works with the prime focus of providing safe, secure and timely service to its users. Repairs/ and rebuilding of the rail track and the damaged portion of bridge 32 has been planned and will be completed in the shortest possible time,” the statement said. In the meantime, the railways has planned resumption of services in the unaffected portion of the track, and services between Pathankot-Dalhousie Road and Nurpur Road-Joginder Nagar will be re-introduced, it said.

In consultation with the state authorities, road bridging between Nurpur Road to Dalhousie Road is being planned for a few services. The schedule for the phase-wise and section-wise running of train services will be intimated in due course, it added. The railways said Union minister Ashwini Vaishnaw has reviewed the action plan for resumption of these train services and repairs and reconstruction of bridge 32.

Read all the Latest Auto News and Breaking News here

Mamata Banerjee to travel to Delhi on December 5 for G20 meet called by...