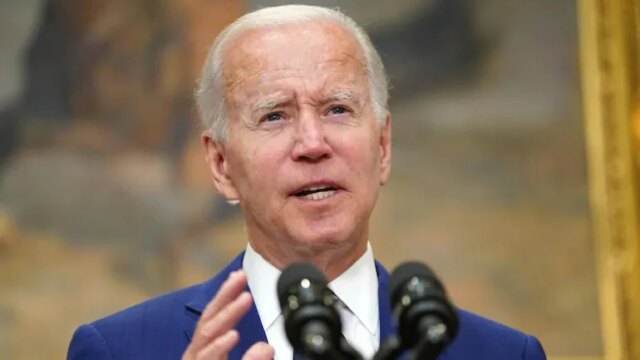 US President Joe Biden said the Supreme Court has made a “tragic error” in overturning the landmark Roe v. Wade decision that enshrined women’s right to an abortion.

“The court has done what it has never done before: expressly taken away a constitutional right that is so fundamental to so many Americans. It’s a realisation of an extreme ideology and a tragic error by the Supreme Court in my view,” Biden said, adding that the ruling was taking the country back 150 years.

Addressing the nation hours after the Supreme Court of the United States overturned Roe v. Wade to end constitutional protections for women seeking to abort after 15 weeks, US President Joe Biden vowed to do all in his power to protect a woman’s rights in states where they face the effects of the abortion ruling.

He said that the abortion ruling leaves the United States an ‘outlier’ in the world.

Stating that “this is an extreme and dangerous path”, the US President, however, urged abortion debate activists to “keep all protests peaceful”, while warning that the abortion ruling may undermine contraception and gay marriage rights.

The US Supreme Court, in a 6-3 ruling powered by its conservative majority, upheld a Republican-backed Mississippi law that bans abortion after 15 weeks. Friday’s outcome is expected to lead to abortion bans in roughly half the states.

The landmark 1973 Roe v. Wade ruling recognised a woman’s constitutional right to an abortion and legalised it nationwide, handing a momentous victory to Republicans and religious conservatives who wanted to limit or ban the procedure.

The impact promises to be transformational. Twenty-six states either will or are likely to ban almost all abortions, according to the Guttmacher Institute, a research organisation that backs abortion rights.