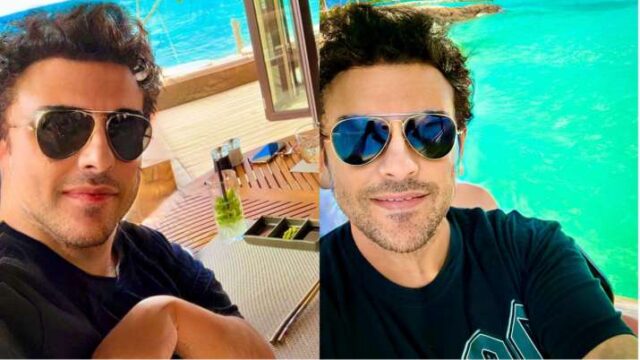 Adnan Sami has undoubtedly entertained music lovers with his versatile songs in a career spanning over 25 years. Apart from his songs what caught the most attention recently was his massive weight loss as he is speculated to lose almost 155 kg. He rubbished reports which claimed that he underwent liposuction surgery. While his transformation motivated many, it also left few of his fans shocked. The singer who was honoured with the Padma Shri, India’s fourth-highest civilian award last year is currently having the time of his life with his family in the Maldives. On Thursday, Adnan took to Twitter and shared pictures from his Island vacation. While everything just seemed perfect like the picturesque background, fans failed to recognize Adnan in his pictures.  As he shared the pictures, he mentioned, “Just Chilling in Kudavillingiliresort…Another Paradise!” Check out the pictures below:

Fans were shocked to see Adnan’s selfie and they took to the comments section, reacting to his pictures. One of them wrote, “You should be made the universal brand ambassador of that Before-After adverts, no matter who wants to promote their brands, only your pics to be used…Wonderful Transformation….”

Another fan commented, “Damn you look so good, Rab Rakha!”

Check out some more fans reactions below:

After three failed marriages, Adnan married Roya Faryabi on January 29, 2010. The couple is blessed with a daughter named, Medina.