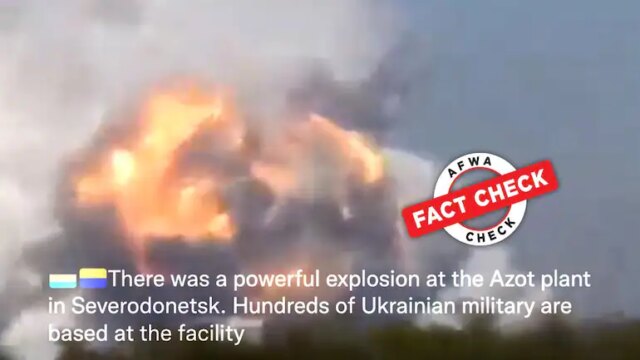 A video from 2014 was shared by social media users with the claim that it shows a recent Russian shelling of a chemical plant in Ukraine. A video from 2014 was uploaded on social media falsely claiming to show Russian attack on Ukraine’s Donbas region.

Several Twitter users shared the video of the huge ball of fire and white smoke billowing from a plant faraway with captions like, “There was a powerful explosion at the Azot plant in Severodonetsk. Hundreds of Ukrainian military are based at the facility.” 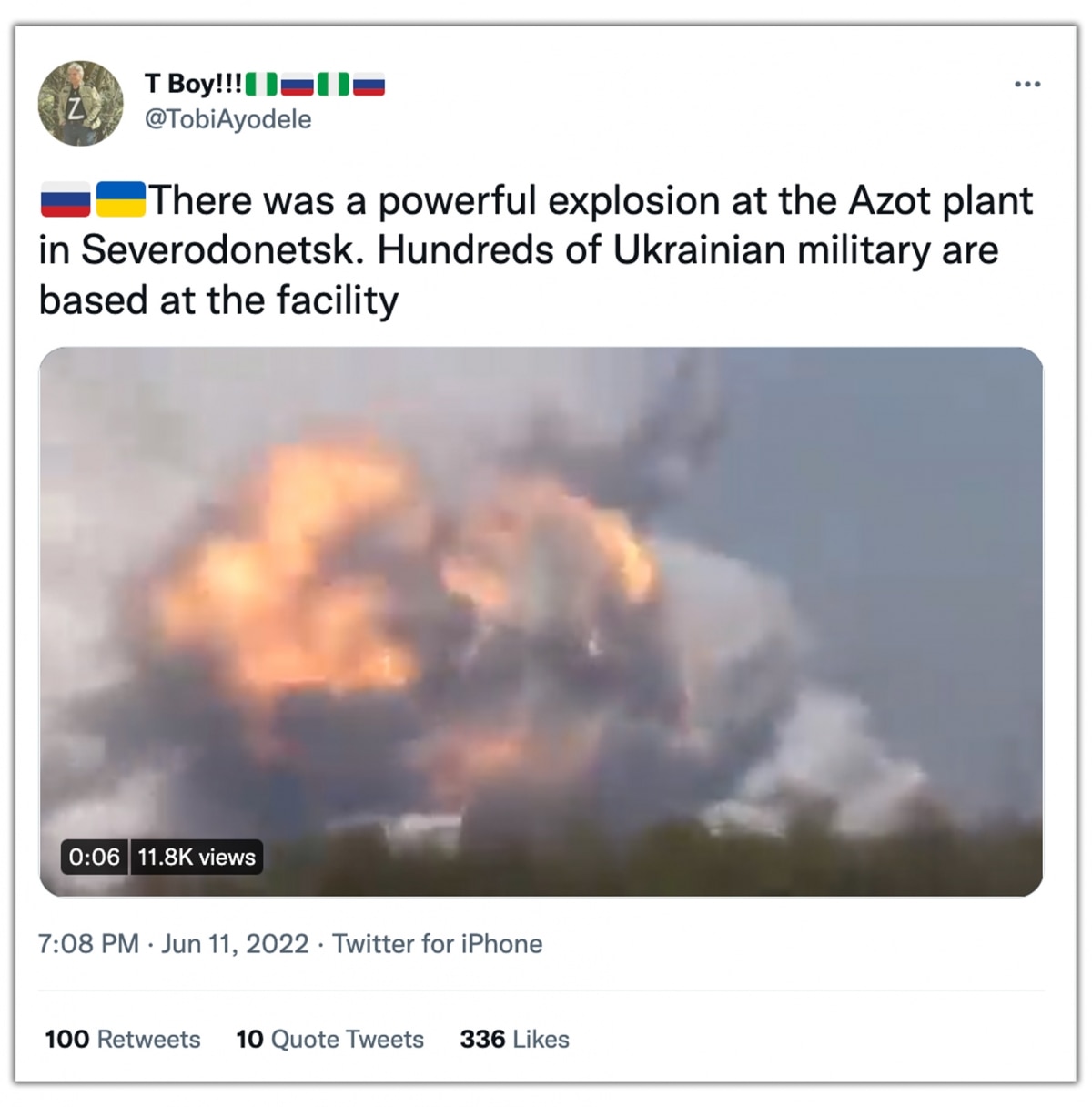 AFWA found that the viral video is eight years old. This is not the visual of a recent explosion in Severodonetsk, rather it shows an explosion that took place in 2014 at a chemical plant in Donetsk.

The viral posts are archived here and here.

Reverse-searching frames from the clip led us to the same video on multiple video platforms like VK and YouTube. On November 19, 2014, a user name Oleg Opara uploaded the video on the VK with the Russian caption, “Explosion Point U 20.10.14 Donetsk.”

The same video was uploaded to a Ukraine-based YouTube channel named EuroMaydan on September 20, 2014. The caption in Russian translates to: “09/19/2014 Explosion of the warehouses of the Donetsk state-owned plant of chemical products”.

When we searched with relevant keywords, we found several 2014 Russian news reports about this incident.

Per these reports, a powerful explosion took place at the warehouses of a state-owned chemical plant. Although no one was reportedly injured in this explosion, the sound thundered across the entire Kuibyshevsky district in the city of Donetsk.

Thus, we concluded that the visual of an eight-year-old explosion in Donetsk, Ukraine was shared as a recent explosion in Severodonetsk caused by Russian shelling. The number of crows determines the intensity of the lie.

Watch: Russian superyacht Amadea seized by US arrives in Hawaii