One person was injured in a school shooting in northern Germany on Thursday. The suspect has been detained by police. 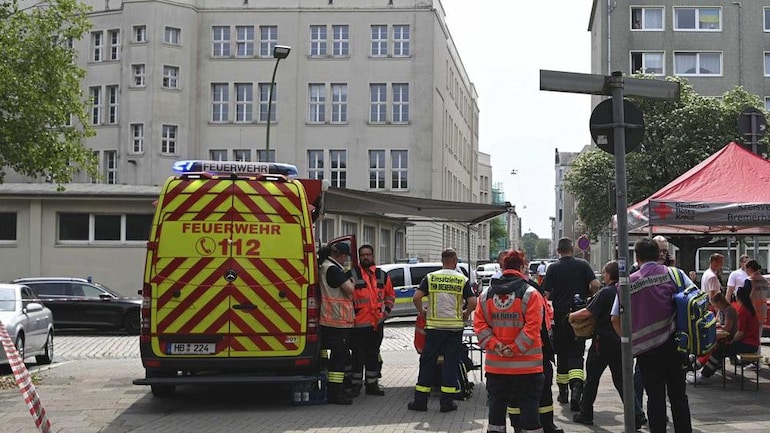 Emergency forces stand near a school in Bremerhaven, Germany on Thursday (Photo: AP)

German police say they have detained a suspect in connection with a Thursday morning attack at a high school in the northern city of Bremerhaven in which one person was injured.

Police said the incident happened at the Lloyd high school in the centre of the city.

A police spokesperson initially confirmed that there had been a shooting, but later revised that information to say only that the attacker was armed.

“The armed person was detained and is in police custody,” police said in a statement.

“The weapon used by the suspect is the subject of a police investigation,” police added. “We cannot currently confirm that there is a second suspect.”

The wounded person was taken to a hospital and was not a student, police said, adding that the investigation into the incident was ongoing.