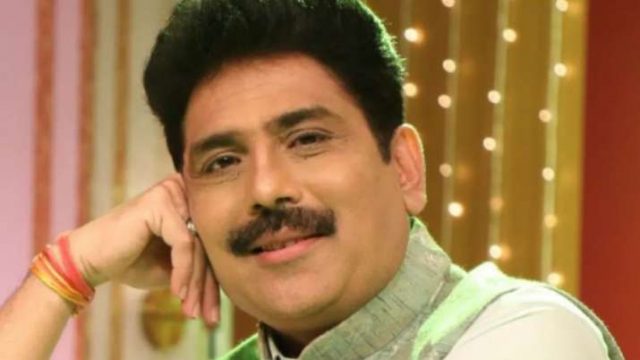 News is rife that Taarak Mehta Ka Ooltah Chashmah star Sailesh Lodha, who plays the role of Taarak Mehta, has quit the long-running SAB TV show after 14 years. Sailesh is one of the cast members who has been associated with the show since the beginning and became a household name for playing the role of Jethalal’s (Dilip Joshi) close friend and mentor. Surely, his decision to move on has come as a shock to many and the makers as well.

In the midst of the reports claiming that Sailesh is moving on from TMKOC, IndiaTV has exclusively learnt the details of his next project. As per sources, Sailesh will be hosting a poetry-based show that will air on Shamaroo TV in June. Sailesh is a poet at heart and also does events in which he narrates poems that draw huge crowds.

His style of poetry, which is aimed at generating humour based on sarcasm, has been a hit among fans for years. So for Sailesh, the new venture will be a sort of a return to his roots as the show gives a chance to up and coming poets to showcase their talent and learn from some of the best in the business.

“The shoot has begun. The show’s format will be based on ‘hasya kavi sammelan’ which Sailesh has been doing for many years. More than a reality show, it is a show that will encourage literature. There will be no contest as such and the stage will be open to those who have a deep interest and love for poetry. Sailesh will be taking forward his first and foremost interest through this show, i.e. poetry,” the source tells us.

We have also learnt that the announcement of Sailesh’s new show will happen in a couple of days from now when a promo of the same will be launched and the name officially revealed.