An oligarch in Vladimir Putin’s inner circle was recorded saying that the Russian president is “very ill with blood cancer”. A former British spy has lent credence to the claims. 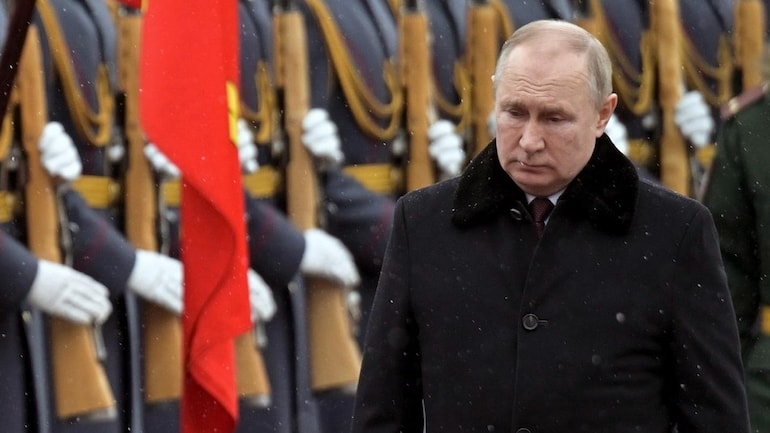 The prolonged war in Ukraine appears to be taking a toll on Russian President Vladimir Putin. According to media reports, an oligarch in Putin’s inner circle was recorded saying that the 69-year-old is “very ill with blood cancer”.

In the audio clip obtained by US-based New Lines magazine, the unnamed Russian oligarch allegedly said that shortly after ordering the invasion of Ukraine, Putin underwent back surgery linked to his blood cancer. He also claimed that the president has gone “crazy”.

“The problem is with his head. One crazy guy can turn the world upside down,” the oligarch said in a long rant bashing Putin for the state of the Russian economy.

Lending further credence to the oligarch’s remarks about Putin’s health concerns, a former British intelligence officer told Sky News, “Certainly, from what we’re hearing from sources in Russia and elsewhere, is that Putin is, in fact, quite seriously ill.”

While it is unclear if his cancer is terminal or curable, the conflict with Ukraine has played an “element” in it, the ex-spy said.

This is the latest after reports emerged earlier this month that Putin’s health was deteriorating, and he would be undergoing surgery for abdominal cancer. Dismissing these claims, the Kremlin has asserted that Putin is fit as a fiddle.

Putin was not looking at all well today. People have particularly noted his hunched position and the fact he never let go of the table during the entire 12-minute meeting with Shoigu. (Source: @SvobodaRadio.) pic.twitter.com/cjPyNh0l9F

Another clip that called Putin’s health into question was of a recorded meeting between him and Russian defence minister Sergei Shoigu, in which the president is seen tightly gripping the table with his hands throughout the tete-a-tete.

Indian-origin man charged with murder of grandmother in UK

Indian-origin man charged with murder of grandmother in UK

Explained: What is ‘Hermit’ spyware and how it can affect smartphones