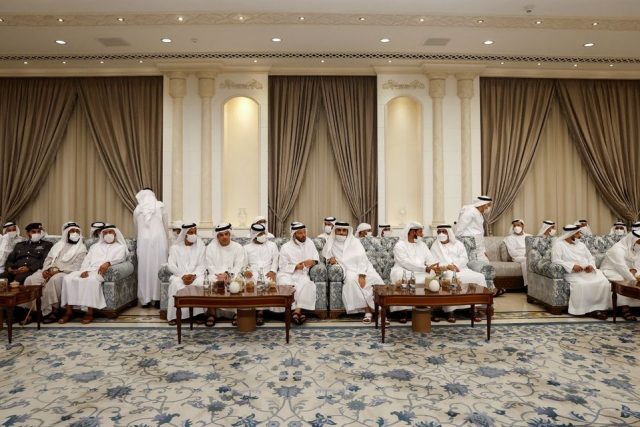 An array of presidents and prime ministers continued to descend on the United Arab Emirates Sunday from around the world to pay their respects to the federation’s late ruler. They also came to praise his successor, Sheikh Mohammed bin Zayed Al Nahyan — a vivid sign of Abu Dhabi’s influence in Western and Arab capitals.

The first Western leader to jet to the oil-rich emirate was French President Emmanuel Macron. He met Sunday with Sheikh Mohammed to pay tribute to Sheikh Khalifa bin Zayed Al Nahyan, the long-ailing ruler who died Friday at the age of 73 after years presiding over the country’s rapid transformation into a global business hub and regional power center.

British Prime Minister Boris Johnson was expected to arrive later Sunday to offer condolences, along with other leaders including Israel’s president after the two countries opened formal relations in 2020.

An American delegation led by Vice President Kamala Harris is due to visit the UAE on Monday, a bid to ease tensions and show support as relations between the countries have strained under President Joe Biden.

“He was respected by all for the values of peace, openness and dialogue that he embodied,” Macron wrote on Twitter of Sheikh Khalifa, expressing “full support” for the ascension of his half-brother Sheikh Mohammed after rulers in the federation unanimously appointed him as president. As crown prince of Abu Dhabi, Sheikh Mohammed has served as the nation’s de facto leader since Sheikh Khalifa suffered a stroke in 2014. He has turned the small UAE — population 10 million — into one of the most influential Arab states. With Abu Dhabi’s petrodollars and substantial military along with Dubai’s major firms and glitzy hotels, the UAE has come to wield outsized power across the Middle East and Africa.

Even as the country became entangled in the bloody, yearslong conflict in Yemen and a chaotic proxy war in Libya, it positioned itself as a savvy and reliable partner in Western capitals.

Paris and Abu Dhabi have become increasingly aligned in recent years, sharing a deep mistrust of Islamist movements like the Muslim Brotherhood across the region, including in Turkey and Libya.

France opened a major overseas naval base in Abu Dhabi. French warplanes and personnel are also stationed at a facility outside the Emirati capital. The two governments jointly built a gleaming branch of the Louvre museum in the emirate.

During Macron’s visit to Dubai last December, France clinched its biggest overseas order for its Rafale combat jet with the UAE — an USD 18 billion deal that came as a planned U.S. sale of advanced F-35 fighter jets to the UAE stalled in part over American concerns about the Emirates’ relationship with China.

British Prime Minister Johnson, for his part, said his visit to mourn Sheikh Khalifa showed “the deep ties which unite our countries will continue through our cooperation and friendship.”

It marks Johnson’s second trip this year to the desert sheikhdom, a leading investor in the United Kingdom and key export market after Britain’s exit from the European Union. In March Johnson met with Sheikh Mohammed to persuade him to boost oil production and soothe energy markets after Russia’s invasion of Ukraine — ultimately to no avail.

Queen Elizabeth II also congratulated Sheikh Mohammed on his assumption of power and praised her country’s “strong and historic bonds” with the UAE, a former British protectorate.

Sheikh Mohammed’s assertive foreign policy in the Arab world was on stark display as allied leaders rushed to the capital on Saturday to express sorrow over Sheikh Khalifa’s death and congratulate Sheikh Mohammed on his formal ascension to power.

Among the first was Egyptian President Abdel Fattah el-Sissi, the Egyptian general who, with Gulf Arab support, overthrew an elected but divisive Islamist government in 2013. 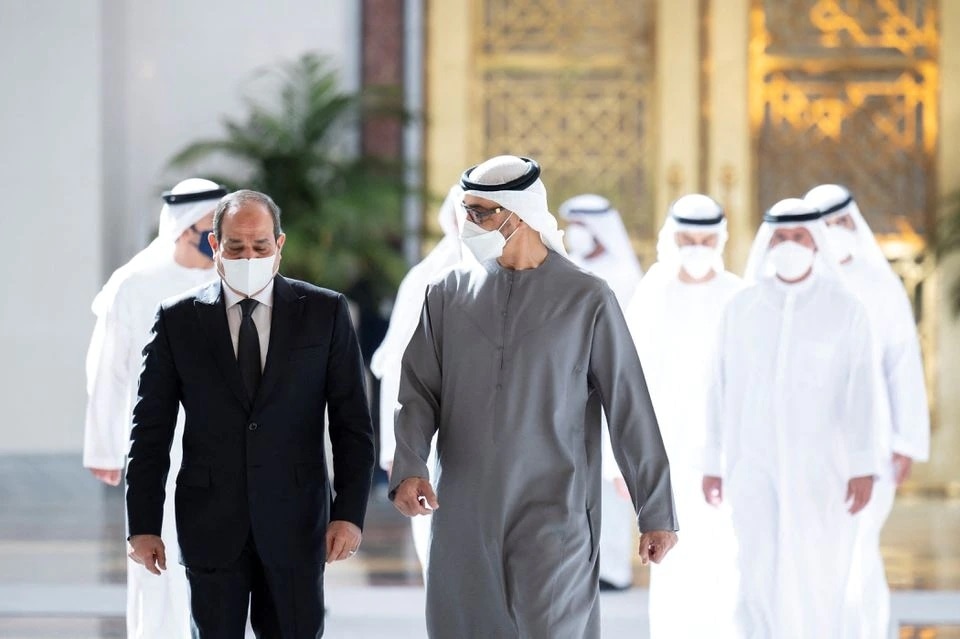 Emirati-backed Tunisian President Kais Saied, who has amassed nearly absolute power in the country since dismissing the prime minister last year, also flew in to pay tribute, along with Jordan’s King Abdullah II and Iraq’s president and prime minister.

Sudan’s Abdel-Fattah Burhan, the general who led the coup in the strategic east African nation last year, has made frequent visits to key backer Sheikh Mohammed. He posted footage on social media Saturday sprinting up stairs to board his plane to Abu Dhabi to honor the late Emirati president. The UAE’s recent deal to normalise ties with Israel, borne from mutual enmity for Iran, is also indicative of Sheikh Mohammed’s quietly assertive foreign policy. Before Israel’s largely ceremonial President Isaac Herzog took off for Abu Dhabi on Sunday, he offered words of gratitude for the Emirates’ leaders.

“The partnership between our countries is an asset for us and for the whole region and it has been built and is still being built by bold and groundbreaking leaders,” he said.

Qatari Emir Sheikh Tamim bin Hamad Al Thani made his first visit to the UAE on Sunday since 2017, when the Emirates joined a Saudi-led boycott of the tiny energy-rich state over its support for Islamists. The Arab states dropped their embargo and reopened borders last year, although relations remain chilly between Abu Dhabi and Doha.

Meanwhile, Mohammed bin Salman, Saudi Arabia’s own upstart crown prince who has had a close relationship with Sheikh Mohammed, delivered his condolences on the phone.

TMKOC: Neha Mehta aka Anjali Bhabhi claims she is yet to receive her dues,...