A Russian logistics support vessel, Vsevolod Bobrov, caught fire after being attacked by the Ukrainian Navy in the Black Sea. 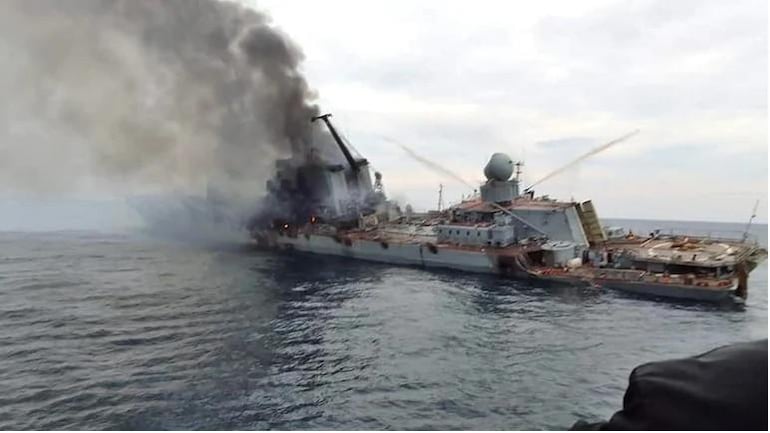 The Russian logistics ship, Vsevolod Bobrov, caught fire after being attacked by the Ukrainian Navy near Zmiinyi Island.

According to Serhiy Bratchuk, a spokesman for the Odesa regional military administration, confirmed the attack against the Vsevolod Bobrov, one of the newest ships of the Russian Navy.

As a result of the attack, Vsevolod Bobrov, one of the newest ships of the Russian Navy, caught fire, according to Serhiy Bratchuk, a spokesman for the Odesa regional military administration.

Currently, the vessel is allegedly heading for the city of Sevastopol in the annexed Crimea.

Earlier, on May 7, Ukraine released footage showing that it had destroyed a Russian ship near Snake Island in the Black Sea with a missile launched from a Ukrainian drone.

In April, the Ukrainian authorities said their anti-ship missiles had hit the mighty Moskva. They also added that the ship was ‘severely damaged’ due to a fire and subsequent explosion of ammunition onboard.

Since the Russian invasion, Ukrainian authorities have claimed to destroy several ships, fighter jets and war tanks of Russian forces.

ALSO READ: The Death Of A Ship In Russia-Ukraine War I An India Today Infographic