A video is going viral showing Bihar minister Narayan Prasad’s son firing in the air in an alleged bid to scare away children who were playing cricket on land owned by his family. The minister has accused locals of encroaching on his land. 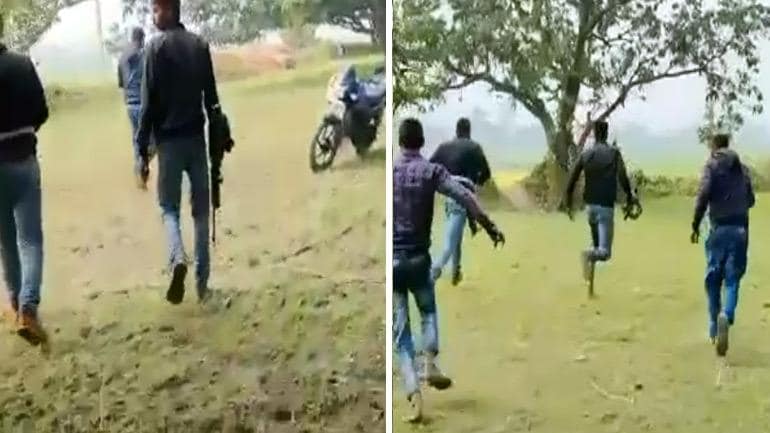 Bihar Tourism minister Narayan Prasad’s son allegedly fired in the air to scare away a group of children playing cricket on his farm.

Bihar Tourism minister and BJP leader Narayan Prasad’s son allegedly fired in the air to scare away a group of children who were playing cricket on his farm. The incident took place in Hardia village of Bihar’s West Champaran district on Sunday.

The dispute broke out when the minister’s son Bablu Prasad went to ask the locals who were playing cricket there to clear the field. He allegedly thrashed some of the locals and then took out his pistol and fired in the air. Several locals are believed to have been injured in the incident.

As soon as the villagers came to know about the incident, they reached the minister’s residence and vandalised his vehicle and thrashed his son Bablu.

The police reached the spot and intervened in a bid to control the situation.

Meanwhile, Bihar minister Narayan Prasad has accused the villagers of trying to encroach on his land.

He said that villagers first attacked his younger brother who had objected to encroachment of land by locals, after which a few of his other family members were also thrashed.

“After my family members were beaten up by the villagers, my son went to the spot with his licensed rifle and pistol but he was also attacked with stones. The villagers also vandalised my vehicle”, said Narayan Prasad.

“Did the minister’s son had the right to attack the children who were playing cricket ? There is no law and order like the situation in Bihar. When lawmakers will break law then who will enforce the law in the state,” asked RJD leader Shakti Singh Yadav.