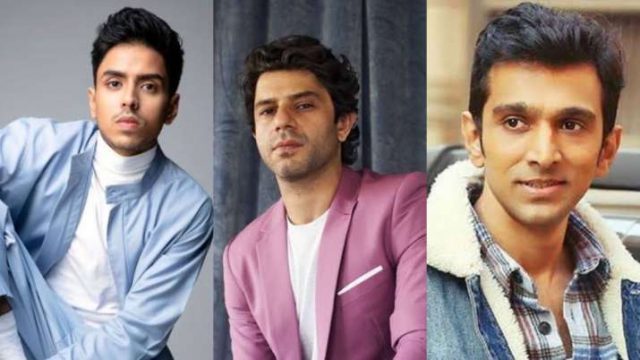 The past few years have been a revelation for Indian cinema with the influx of OTT content. From handling an out-of-box idea to bringing forth a crucial issue in the limelight – our actors are going all out with their digital ventures! While we saw some of the finest performances on the streaming platforms last year, there are a few names that define the space with their path-breaking performances, unconventional takes, and impeccable cinema sense. So, here’s rounding up the OTT newsmakers.

You can not have a list of the ground-breaking stars without Arjun Mathur. The international Emmy Award-nominated actor has pushed the boundaries with his non-conformist choices, like playing a gay wedding planner in Made In Heaven or shooting a show in a lockdown with The Gone Game. Now, he has Made In Heaven S2, Gone Game 2, Lord Curzon Ki Haveli, and Lionsgate Play’s next series.

Pratik Gandhi became a household name with his blockbuster series Scam 1992. The actor earned massive acclaim for his apt and flamboyant performance of Harshad Mehta. Later, he stunned the audience with his brave selections – Bhavai and Shimmy. Coming up next for the actor is Atithi Bhooto Bhava, Woh Ladki Hai Kahaan?, and Six Suspects.

With his solid performance in The White Tiger, Adarsh Gourav has made it into everyone’s watchlist. The new-age actor bagged the BAFTA nomination for his performance and is all set to step into Hollywood with his next venture, Extrapolations, starring Meryl Streep.

Another name that is making noise on the streaming platforms is Vijay Verma. Be it essaying a double role in action-thriller Mirzapur or being a part of futuristic cinema with OK Computer or playing a rather complicated character in A Suitable Boy, the actor is doing it all, and how! Currently, he is gearing up for Hurdang and Darlings.

Pics that prove Kartik is the swag king