New satellite imagery provided by Maxar Technologies on Tuesday morning shows the aftermath and damage caused by a large eruption of an undersea volcano in the South Pacific nation of Tonga. New satellite imagery captured on Tuesday morning shows the aftermath and damage caused by a large eruption of an undersea volcano in the South Pacific nation of Tonga. Continuous smoke kept rising from the underwater Hunga-Tonga-Hunga-Ha’apai (HTHH) volcano before the eruption on January 15.

Tsunami waves were noticed across the Pacific Ocean as the eruption sent a huge plume about 30 kilometres into the sky. Today’s satellite imagery provided by Maxar Technologies shows the destruction of the volcanic island as well as the volcanic debris floating in the ocean. Pictures also show land and trees in the nearby areas coated with ash and damage inflicted by the undersea volcanic eruption and tsunami. Damages near the main port facilities in Nuku’alofa, possibly caused by the tsunami, are also observed in today’s pictures. 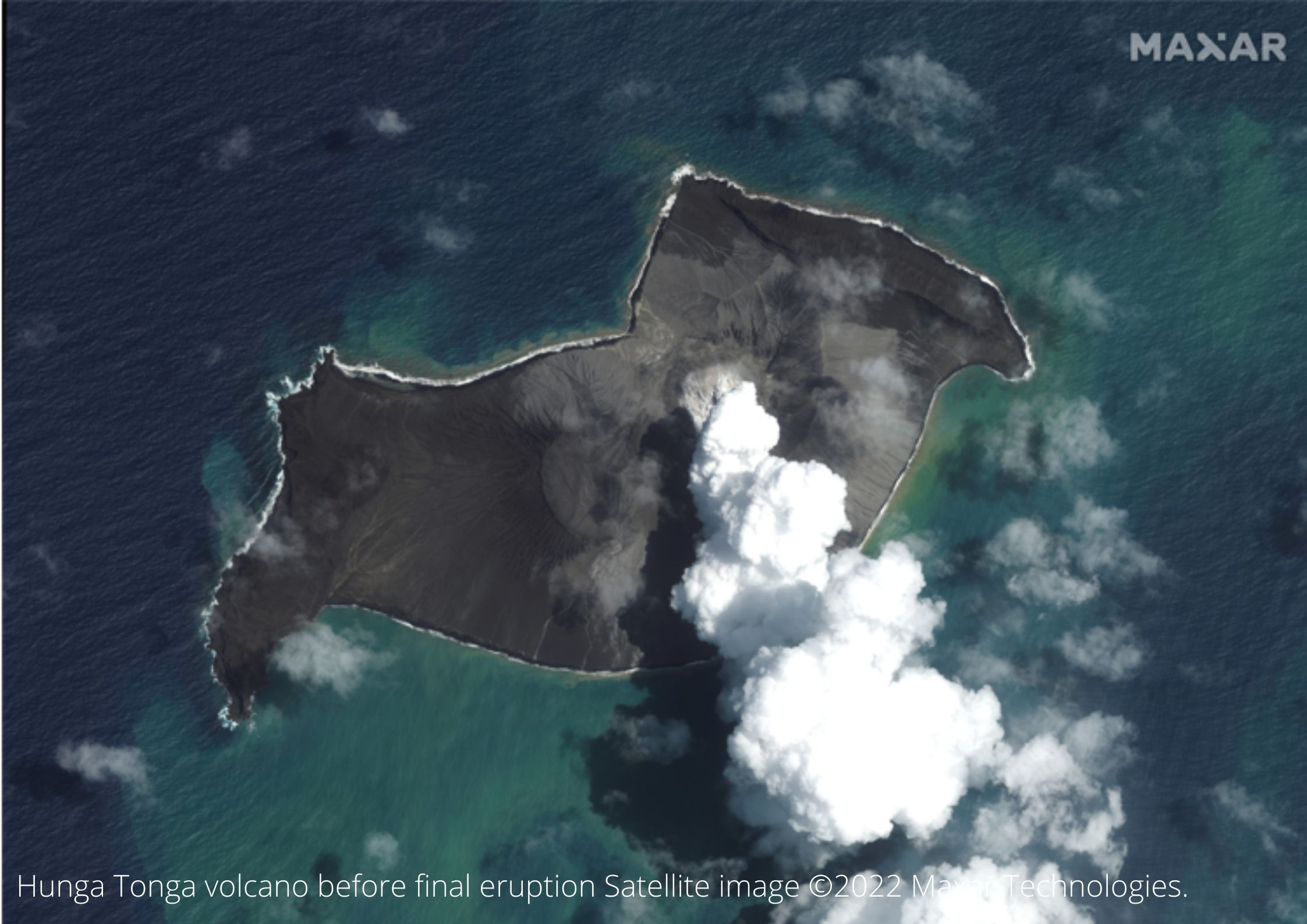 According to the United Nations, significant infrastructural damages around Tongatapu have been reported. “There has been no contact with the Ha’apai Group of islands, and we are particularly concerned about two small low-lying islands – Mango and Fonoi – following surveillance flights confirming substantial property damage,” said UN spokesman Stephane Dujarric.

Satellite images provided by Maxar Technologies showed homes with roofs before the eruption now covered in ash on the nearby islands.

The Australian Bureau of Meteorology estimated a 1.2-metre tsunami wave at Nuku’alofa at 5.30 pm local time on Saturday. The shockwave following the final eruption travelled at over 1,000 km per hour and caused extensive damages at Nuku’alofa port.

Due to the damages caused to the undersea communications cable that connects Tonga with the rest of the world, the island is left with limited communication. Aid deliveries to Tonga have also been affected due to the volcanic ash. Tonga has 169 islands, of which only 36 are inhabited.