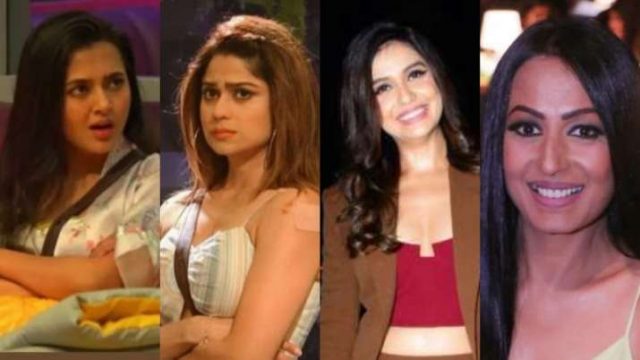 The latest episode of Bigg Boss 15 witnessed one of the most heated fights between Shamita Shetty and Tejasswi Prakash. Both of them lost their calm and were seen engaging in a war of words. Tejasswi made several ugly comments against Shamita as she felt that the latter is trying to get close to her boyfriend Karan Kundrra. Teja accused Shamita Shetty of trying to brainwash Karan at every given chance. While, this has not only gone down well with their respective fans, it also led to a Twitter war between Kashmera Shah and Divya Agarwal.

Kashmera, who had earlier extended her support to Tejasswi, slammed her for her recent comments on Shamita. In a series of tweets, Kashmera opposed Tejasswi’s comments and lashed out at Teja for mocking Shetty for coming on the show thrice to compete for the BB Trophy. Kashmera tweeted, “I did not like the way my girl @itsmetejasswi said that @divyaagarwal did not need two three chances to win the show hinting @ShamitaShetty. Baby doll we all have gone in more than once and not only to win the game But because we love the game. #belowthebelt @TheShilpaShetty.”

In the next attack, Kashmera reminded Divya that she came on the show to support Tejasswi but she will never defend her when she is wrong. “You forgot that I came to support her but her @itsmetejasswi relentless attacks on @ShamitaShetty is making me change my mind. She did not compliment u @Divyakitweet she just wanted to hurt #shams,” Shah added.

To conclude her stance, Kashmera tweeted, “Also I think now that you have @itsmetejasswi siding your win I have moved to rooting for @ShamitaShetty for the win. Both are tigresses but #sham is classy and does not resort to cheap tactics and accusations. I am so turned off by what I saw.”

For the unversed, Tejasswi made several derogatory comments against Shamita and also blamed the channel of being biased towards Shamita Shetty.

'Poland could report over 40,000 Covid cases on Saturday'