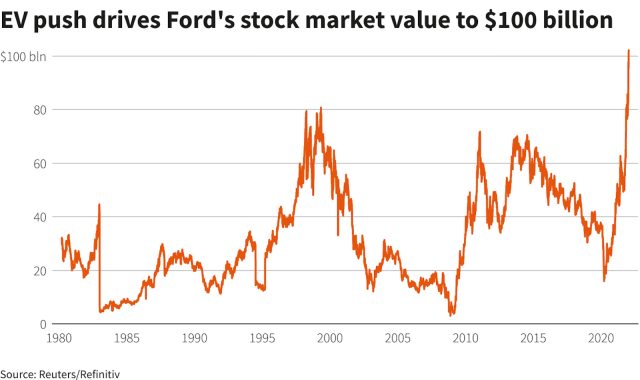 The company’s shares, which have more than doubled in value last year, were up 3.7% in afternoon trade after hitting a more than two-decade high earlier.

Ford is now worth more than its century-old rival General Motors, whose market cap stands at about $88.61 billion and EV start-up Rivian Automotive, whose value is about $77.8 billion.

But, the automakers are still dwarfed by EV leader Tesla, which has a market cap of over $1 trillion.

Shares of Tesla were down 4.7% on Thursday after a report said the company updated its Cybertruck model webpage to remove references to the year 2022. 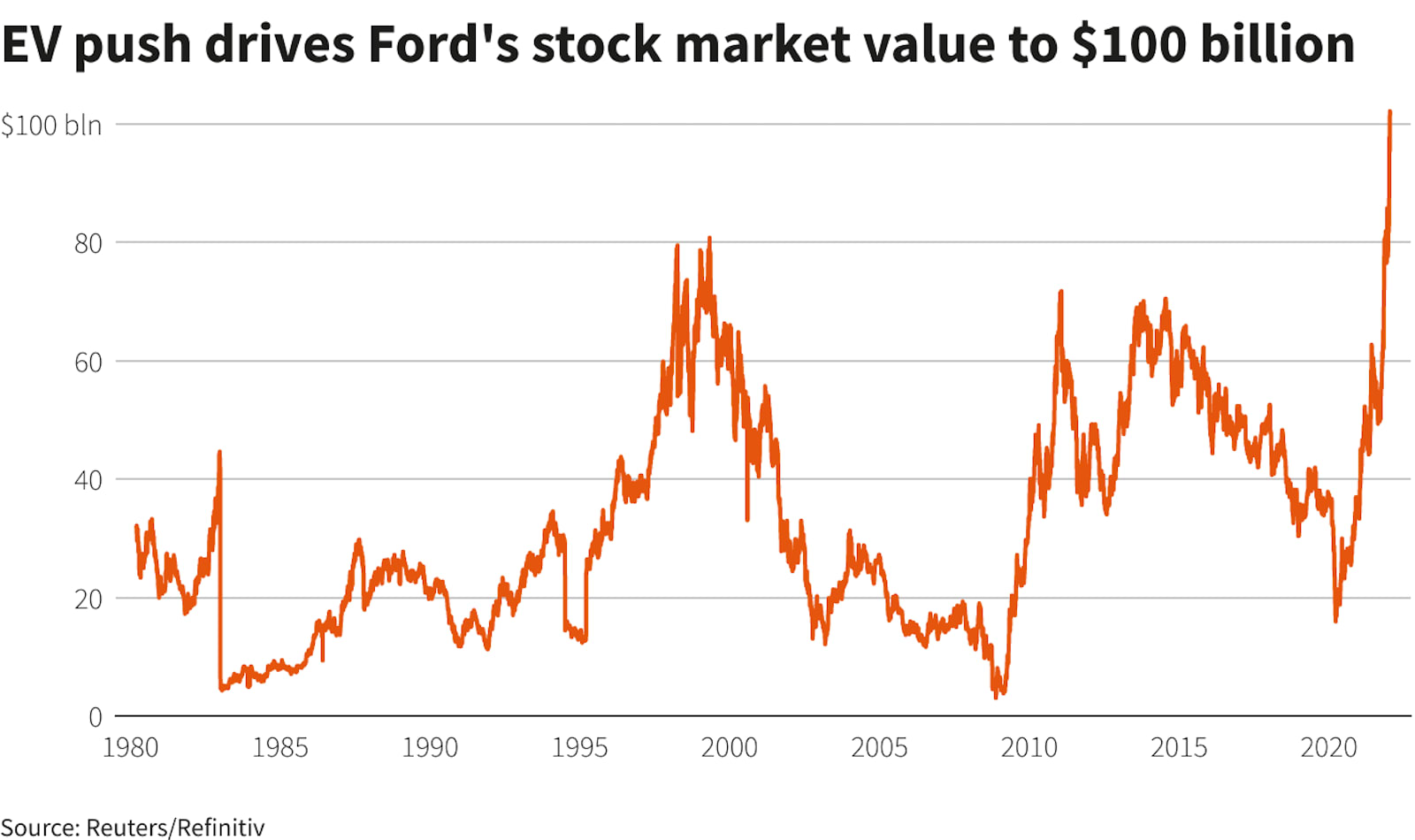 Ford’s gains come amid its plans to double production capacity for the electric version of its hugely popular F-150 pickup truck to 150,000 vehicles as part of Chief Executive Jim Farley’s aggressive electrification strategy.

Demand for the F-150 Lightning electric pickup has been red hot and Ford has had to stop taking reservations for the truck ahead of its arrival this spring at U.S. dealers.

Ford’s Farley, who took over as CEO in 2020, has pledged to invest more than $30 billion on EVs, including battery development, by 2030.

The EV strategy has buoyed Wall Street brokerages, with Deutsche Bank the latest to raise its price target on Ford.

“We see room for Ford’s fourth quarter performance to come in above consensus expectations, based on continued strong pricing offsetting growing raw materials headwinds,” Deutsche Bank analyst Emmanuel Rosner said in a research note, while raising its price target to $24 from $18.

Amar Jawan Jyoti to be extinguished after 50 yrs, merged with flame at National...