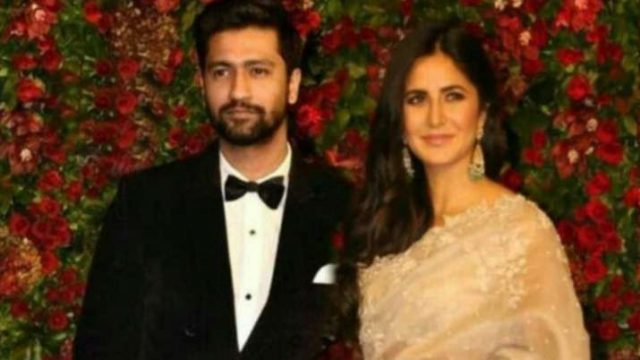 Vicky Kaushal and Katrina Kaif’s rumoured wedding has intrigued one and all. While the actors haven’t spoken about being in a relationship or commented on the news of them taking the plunge, social media is rife with all sorts of information. From Vicky Kaushal-Katrina’s wedding venue to their shopping details to their guest list, fans are waiting with bated breath to know the details. Likewise, when Vicky took to his social media to share a picture of himself saying he’s at his ‘fav place on earth’, fans rushed to the comment section asking for details about his impending wedding.

“Can u just announce ur wedding, it’s getting annoying,” wrote a user, while another said, “Shaadi kab hai?” Many also enquired about his rumoured lady love, “Where is Katrina Kaif?” wrote users on Vicky’s post. The photo appears to be a snap of the actor as he begins shooting for his next project. “Fav place on earth,” the actor captioned the photo followed by emojis of a clapper board and heart.

Meanwhile, Bollywood stars Katrina Kaif and Vicky Kaushal will reportedly tie the knot at the Six Senses Fort Hotel in Rajasthan’s Sawai Madhopur district. As per IANS, the wedding celebrations will be held from December 7-12 and the booking has been done in the hotel for the wedding.

However, its formal announcement is yet to be made.

The reports suggest that multiple event companies will work together to organise the VIP wedding. Representatives of these event companies are searching rooms in different hotels in Sawai Madhopur.

On the other hand, the team of Katrina and Vicky Kaushal are also said to have started preparing for the wedding. A 10-member team reached Six Senses Barwara Fort earlier this month to take stock of the situation.

According to news agencies, the information received from the hotel management, the team monitored all arrangements related to the wedding. They did a recce from which place the groom will come sitting on the horse, where will the mehendi be organised and so on.

However, the wedding programs have not been announced yet.