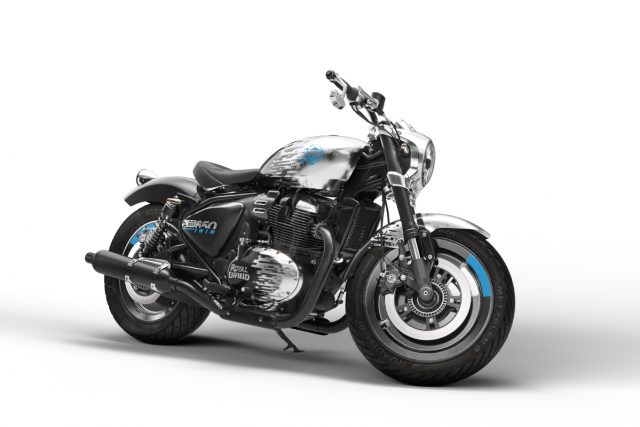 Royal Enfield has kicked off their showcasing at the EICMA 2021 in style with the unveiling of the SG650 Concept. The main focus for Royal Enfield recently has been to celebrate its 120-year-old history, and the SG650 Concept is a prime example. This neo-retro interpretation from RE was solely based on one challenge – “To build a unique concept motorcycle that pays homage to Royal Enfield’s rich history of custom motorcycles, but one that wasn’t encumbered by the past.”, says Mark Wells, Chief of Design at Royal Enfield. 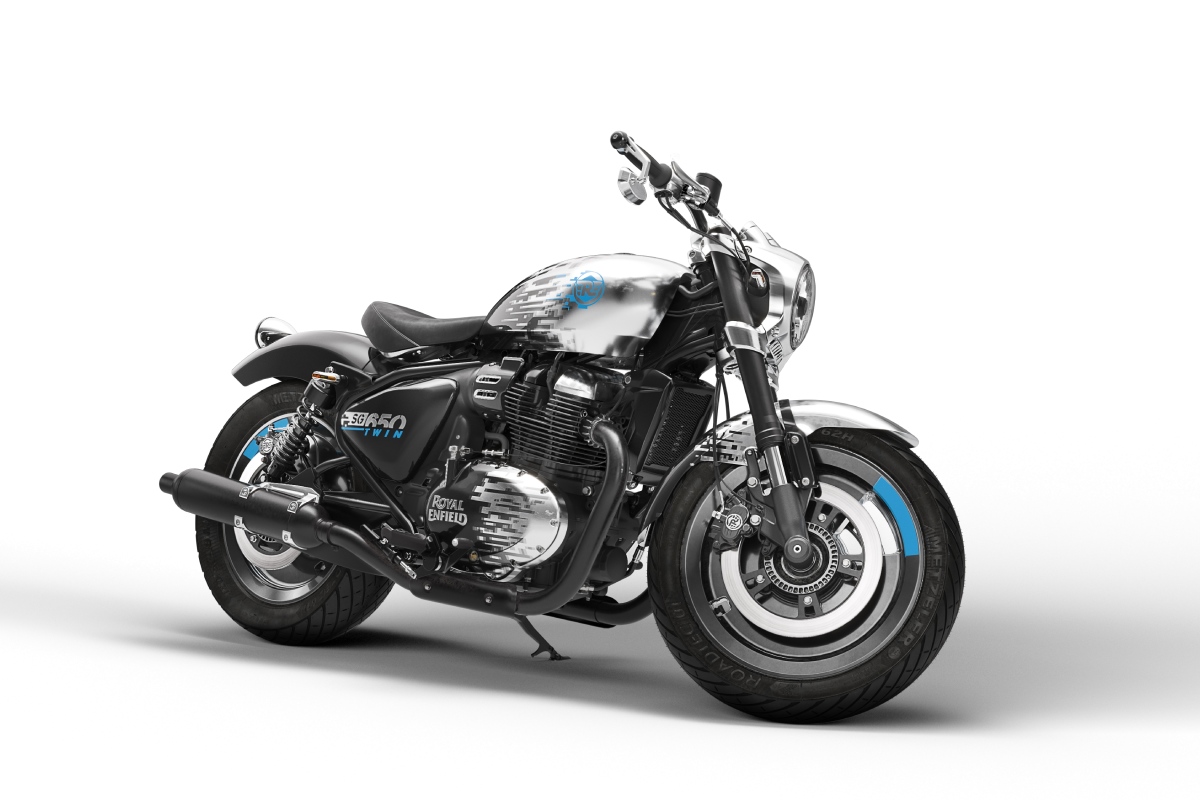 Furthermore, the folks at RE explain that the idea behind this concept was to imagine a future while being mindful of the past. Another important point of emphasis from Royal Enfield has been on transition, which has been conveyed throughout with the SG650 Concept. From the heritage-inspired polished aluminium front end, flowing into the futuristic, digital graphic on the tank – this was about bringing the old and the new together and resulting in something timeless. Since this is just a concept that is meant to showcase the way ahead for RE, a lot of components have been individually one-off fabricated or designed exclusively for this motorcycle. For example, the fuel tank is CNC billet machined from a solid block of aluminium, just like the wheel rims with integrated ABS, bespoke designed brake calipers, and dual front brake disks. Then there are the USD forks along with the integrated aluminium top yoke unit and low rise extra-wide bars. The blacked-out casing for the 650cc, twin-cylinder motor and exhaust system give the SG650 a more contemporary tone. (Image: Royal Enfield)
However, the twin rear shocks mounted to the classic chassis loop, hand-stitched black leather and solo seat are an ode to the RE’s rich history. To sum up, the SG650 Concept might not just be a one-off showpiece, but the basis of a motorcycle we may see in the future.

There are already spy shots of a 650cc-powered cruiser all over the internet, could this possibly be another iteration for RE’s twin-cylinder family?