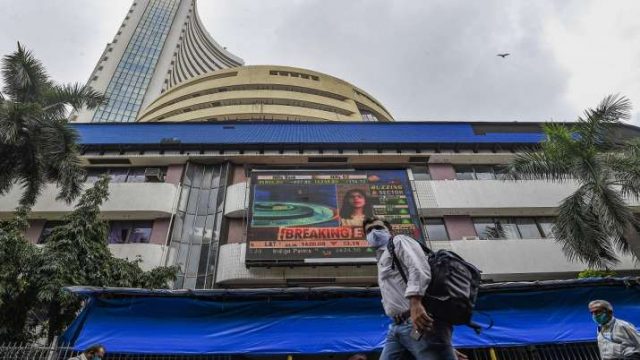 PowerGrid was the top gainer in the Sensex pack, rising around 4 percent, followed by NTPC, Tata Steel, Bharti Airtel, Sun Pharma, and Bajaj Finserv. On the other hand, IndusInd Bank, Asian Paints, Infosys, Bajaj Auto, and Maruti fell up to 2.59 percent.

“US markets witnessed a late sell-off yesterday despite the re-nomination of Jerome Powell as the Fed chair. Oil and gas indices remained under pressure amid reports of the US releasing its emergency oil reserves to keep the rising crude oil prices under control,” he added.

Elsewhere in Asia, bourses in Hong Kong and Seoul ended with losses, while Shanghai and Tokyo were positive. Stock exchanges in Europe were in the red in mid-session deals.