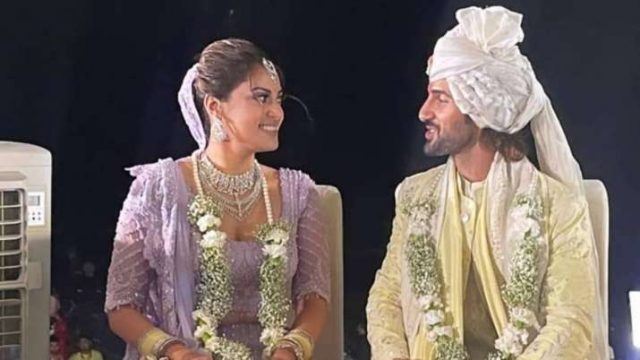 Bollywood couple Aditya Seal and Anushka Ranjan have tied the knot in a dreamy ceremony. Attended by close friends and family members, the couple looked lovely together. While Anushka wore a lavender lehenga, Adita complimented her in a contrasting sherwani. The wedding ceremony was attended by the who’s who of Bollywood including actors Alia Bhatt, Bhumi Pednekar, Manish Malhotra, Vaani Kapoor and Athiya Shetty among others.

The pictures and videos of the couple exchanging wedding garlands were shared by their friend and Aditya’s co-star Krystle D’souza. Take a look:

Aditya Seal and Anushka Ranjan were in a relationship for the last four years before the former proposed to the actress in Paris in October 2019.

Meanwhile, ahead of their wedding, Anushka opened up about her relationship with Aditya. She told HT, “It has been an amazing learning experience. We come from different worlds and, as a human being, you need to widen your horizon. He showed me a world and a thought process that taught me a lot. They made me who I am today.”

Aditya and Anushka have featured in many films. Anushka was a part of films like ‘Wedding Pullav’, and ‘Batti Gul Meter Chalu’. Aditya, on the other hand, has starred in ‘Tum Bin 2’, ‘Student Of The Year 2’, and ‘Indoo Ki Jawaani’. They both have also worked together on the web show ‘Fittrat’.

Aditya made his debut in 2002 with Ek Chhoti si Love Story, in which he starred opposite Manisha Koirala. The actor is now gearing up for the release of his upcoming film, Rocket Gang. Helmed by Bosco Leslie Martis.

Kalyani to Malavika, best photos of the week