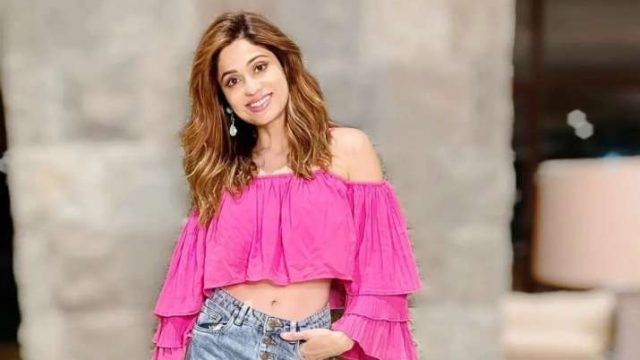 In the upcoming Weekend Ka Vaar episode of Bigg Boss 15, Shamita Shetty, who left the reality show on medical grounds, has re-entered the house. As she resumes Salman Khan’s hosted show, her first target is Nishant Bhat, as she questions his integrity and asks which is more important to him – Game or relationship. To this, Nishant replies ‘relationship’ and the actress reacts, “Actions speak louder than words Nishant. Tu hamare upar se chalke gaya hai (You have stepped on us and walked ahead).”

For the unversed, Shamita left immediately after Raqesh Bapat’s exit. It was rumoured initially that Raqesh could also re-enter the show, but it was confirmed later that he wasn’t. Bapat, in fact, took to social media to share updates on the state of his health and how he felt helpless, even though he was willing to continue in the show for a longer time. He thanked his fans for always supporting him.

His chemistry with Shamita, whether on ‘Bigg Boss OTT’ or on “Bigg Boss 15′, had caught the attention of their fans. The exit of both together, therefore, came as a shock. Now, as Shamita is returning, there could be more twists in the game inside the house, much to the delight of the fans of the show.

Apart from this, former contestants of the previous seasons such as Rashmi Desai and Devoleena Bhattacharjee will be joining Salman Khan’s show as wild card entries to raise the bar for the game. As per IANS’s close source, “Rashami Desai, Devoleena Bhattacharjee and Abhijeet Bichukale. They will be entering the house next week or this weekend. They will be competing directly with the housemates.” The channel, though, has not confirmed this news.

Also, actor Mahesh Manjrekar will also step inside the house as a guest.

Kalyani to Malavika, best photos of the week