Home WORLD Truecaller goes public; CarDekho heads for unicorn club
Facebook
Twitter
Pinterest
WhatsApp
Truecaller, the Swedish-yet-desi company that changed the way we all use our phones, made its debut on Nasdaq Sweden earlier today with a market cap of about $2.5 billion. Sequoia India, one of its early investors, praised the company as a “category creator”.

Also in this letter: Swedish firm Truecaller, the third-largest communication platform in India after Facebook and WhatsApp, began trading on Nasdaq Sweden today under the symbol “TRUE”.

Details: The company’s share price, which it had set at 52 Swedish krona ($5.93) each earlier in the day, opened at 60 krona ($6.85) but was back down to 52 krona within a couple of hours, giving Truecaller a market cap of just over $2 billion.

Alan Mamedi, the company’s cofounder and CEO, tweeted: “What an incredible moment! Thank you everyone for supporting us during the last 12 years. This is truly just the beginning of our journey in making communication safe and efficient!”

Sequoia India, a Truecaller investor since 2014, tweeted: “@Truecaller, which has gone from underdog to category creator, is a great example of having the right #idea at the right time.” Other investors include Atomico, OpenOcean and Kleiner Perkins.

Yes, but: Mamedi and Nami Zarringhalam, who cofounded Truecaller in 2009, plan to control a majority of the company’s voting power through Class A shares. Many tech founders use dual-class shares to retain control of their firms after listing to operate on their long-term vision and prevent hostile takeovers. But critics argue that limited voting rights can lead to insular boards and poor corporate oversight.

Quick turnaround: Truecaller had announced plans to list its Class B shares on Nasdaq Stockholm on September 15. It said it planned to use proceeds of about 1 billion krona (about $114 million) to grow its business in existing markets and enter new ones. On September 29, it said the price range for its Class B shares would be 44-56 krona, giving it a market cap of $1.9 billion to $2.4 billion upon listing. Automobile marketplace CarDekho is in advanced talks to raise $100-150 million in a funding round led by Hong Kong-based insurance giant AIA Group and South Korea’s Mirae Asset Group, people familiar with the matter told us.

Join the club: “Mirae’s UK office is investing in the company, and more US-based funds will likely join the round,” said one of the sources. The funding will boost the company into the with a post-money valuation of $1.2-1.4 billion, the sources said.

Amit Jain, cofounder and CEO of CarDekho, said the company will use the funds to expand its recently launched ecommerce platform for used cars.

Covid tailwinds: India’s used car market has seen heightened interest since the second wave of the pandemic began to ebb, as many people choose to buy their own vehicles rather than use public transport.

CarDekho said it is targeting a double-digit market share in India’s pre-owned cars space over the next five years, but faces stiff competition from younger competitors such as Cars24 and Spinny, which have also seen an uptick in business.

Founded in 2008, the Jaipur-based firm operates auto sites such as CarDekho.com, Gaadi.com, ZigWheels.com and BikeDekho.com. It is the fourth largest used car retail loan originator in India, behind HDFC Bank, ICICI Bank and Mahindra Finance.

It was a hectic week for dealmaking, even by the crazy standards of 2021, as three Indian startups became unicorns on consecutive days. Here’s a look at the key startup deals and funding rounds that made news in the week to October 8. (Read more) 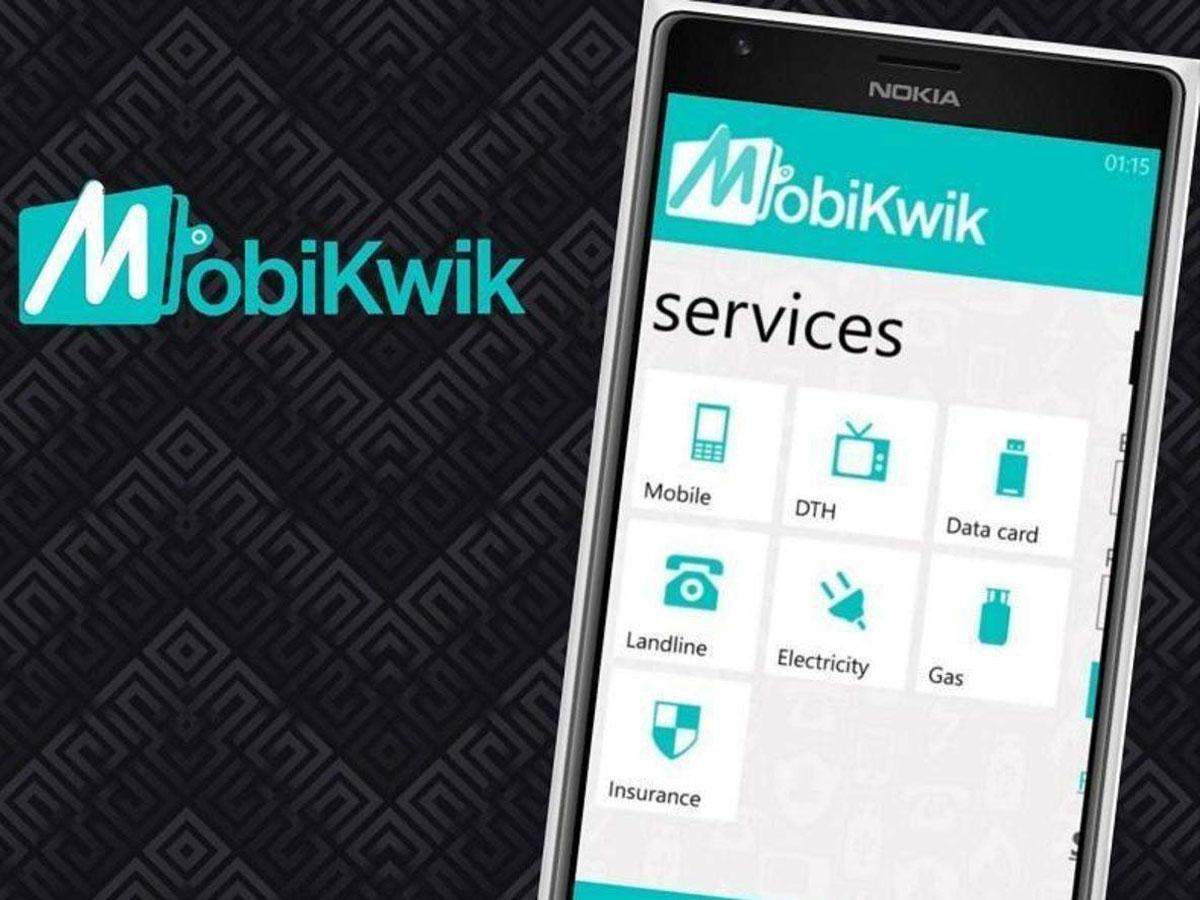 Digital payments firm Mobikwik has received a go-ahead from the Securities and Exchange Board of India (Sebi), for its Rs 1,900-crore ($255 million) IPO, sources told us.

It is expected to launch its IPO before Diwali (November 4) and is likely to fetch a valuation of $1 billion, sources indicated. “But they (Mobikwik) are still to decide on the price band and are considering if it could be significantly higher than a $1 billion valuation,” one of the sources said.

Listing details: Mobikwik was last valued at around $700 million when it raised funds in April and was eyeing a valuation of $1 billion when it filed its draft IPO papers for its public market listing, we reported in July.

Its draft paper also showed that it intends to raise around Rs 1,500 crore through a primary share sale, and the rest through a secondary transaction, in which existing investors will sell some or all of their shares.

Those who will sell shares include Bajaj Finance, Cisco Systems, Sequoia and the company’s founders Upasana Taku and Bipin Preet Singh.

The company is said to have garnered interest from sovereign wealth funds and financial investors to be anchor investors in its IPO. Anchor investors are allotted shares a day before the IPO at a fixed price and are an indication of the demand for the IPO.

IPOs galore: Mobikwik is among a growing number of consumer internet firms, such as Paytm, Nykaa and PolicyBazaar, that plan to list on the stock exchanges this year. Zomato kickstarted the startup IPO boom with a successful debut on the public markets in July.

We reported earlier today that Paytm is awaiting Sebi’s approval for its $2.2 billion IPO and plans to go public before Diwali. 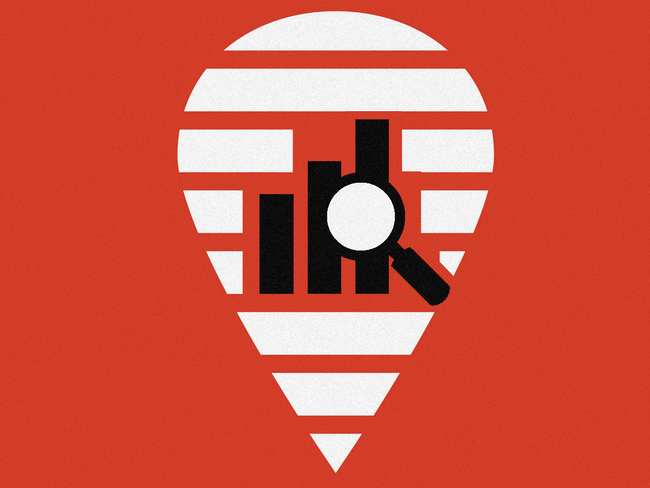 Oyo’s decision to focus on markets that offer the best scale and economics—instead of operating in as many as 35 countries—has helped it survive the pandemic, global equity research firm Bernstein said.

Over the past year-and-a-half, Oyo has narrowed its operations to India, Malaysia, Indonesia and Europe only as the coronavirus outbreak ravaged the hospitality sector at large.

Market opportunity: Oyo sees a $26 billion opportunity in India by 2030 as it considers India its main growth area, which contributes over 90% to its revenues, the research firm said in a report. The short-stay accommodation market’s global total addressable market opportunity is expected to increase from $1,267 billion in 2019 to $1,907 billion by 2030.

How’s business? According to Bernstein, Oyo’s unit economics has improved with profits increasing from 5.1% in FY20 to 18.4% in FY21, driven by stable take rates, lower discounts, and no minimum guarantee. Oyo’s gross booking value grew 170% in FY20, led by an increase in storefronts, but declined 67% in FY21 due to storefronts ceasing operations amid the pandemic. Gross margins stood stable at 33%, with substantial cost management, said the research firm.

Its total income fell by nearly 70% to Rs 4,157 crore in FY21 due to the pandemic, but it also made progress in cutting down on its losses. Its loss for the same period narrowed to Rs 3,943 crore compared to Rs 13,122 crore a year ago.

Quote: “Oyo’s strong revenue retention cohort is a clear demonstration of its customer stickiness. Over 80% of the company’s revenues come from repeat and organic customers. The measure of direct demand on the platform measured as a percentage of booked nights was 90% in India,” said Bernstein.

Mona Agrawalla, who runs the Central Courtyard Resort in Siliguri, had challenged NCLAT’s dismissal of an insolvency case against Oyo in the Supreme Court.

Double whammy: We reported on October 4 that Oyo’s former rival Zostel is planning to ask Sebi to put the proposed IPO on hold.

IPO details: According to its draft red herring prospectus, Oyo seeks to raise Rs 7,000 crore by issuing fresh stock and the rest through an offer for sale, in which existing investors sell some or all of their shares.

Today’s ETtech Top 5 newsletter was curated by Arun Padmanabhan in New Delhi and Zaheer Merchant in Mumbai. Graphics and illustrations by Rahul Awasthi.

The long shadow of Khalistan