Suhana Khan shared stunning headshots of herself with her fans on Instagram. The star kid looks ready to step into Bollywood. 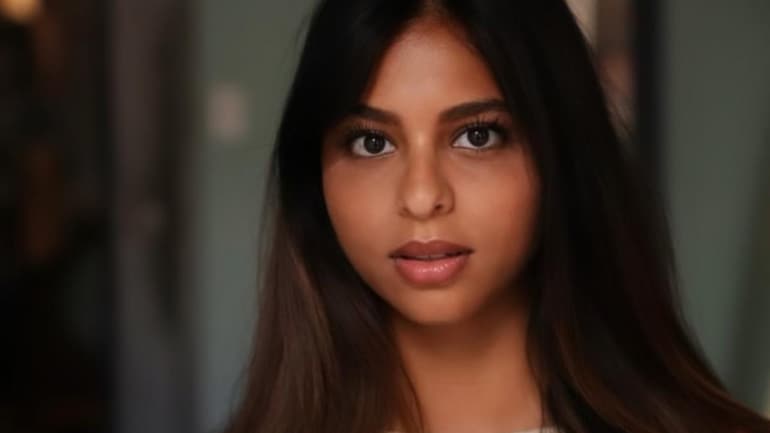 Suhana Khan wants to be an actress.

Fans are eagerly waiting for an announcement about Suhana Khan’s Bollywood debut. Daughter of Shah Rukh Khan and Gauri Khan, Suhana often shares glamorous photos of herself on social media. It seems she is getting ready to step into the cinematic world. On Thursday, September 16, she posted some headshots of herself and we can’t wait for her to join the Hindi film industry.

Suhana Khan often shares glimpses of her New York life with her fans and followers. She recently posed for the camera and shared the headshots on Instagram stories as a collage. Suhana can be seen in a white top with on-point makeup and straight hair. “Headshots (sic),” she captioned the post. She looks fabulous, right? Last month, Suhana took to Instagram and showcased her different moods in a picture collage. She asked fans to pick a personality. The star kid can be seen giving spot-on expressions while dressed in a black top. She kept her makeup minimal and sported kohl-rimmed eyes.

Sharing the collage with some black-and-white shots and coloured ones, she wrote, “Pick a personality (sic).”

Suhana Khan is pursuing a film studies course from the New York University. She celebrated her 21st birthday in style this year. Suhana wants to have a career in acting. She gave everyone a glimpse of her acting skills when she appeared in a short film titled The Grey Part of Blue in 2019. Suhana’s older brother is Aryan Khan and her younger brother is AbRam Khan.

Are you excited to see Suhana Khan on the big screen? We sure are.

ALSO READ| Suhana Khan parties the night away with friends in a gorgeous dress. See pics

Josip Heit presents the future of the financial market in Monaco

More than 200 students from across Europe tackle fake news